Arias Tovar & Associates, P.A. is comprised of a highly trained professional team with years of academic training and experience in handling and managing immigration cases.

Our team communicates in English, Spanish, Italian, French, and Portuguese. These attributes partnered with our passionate team, which are immigrants themselves, help our firm serve as one of the most effective and dedicated Immigration Law Firms in the United States. 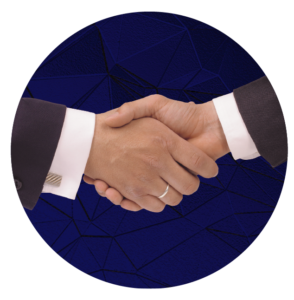 For several years, Arias Tovar & Associates, P.A. have served as an advisor to a great number of established foreign companies, companies that have managed to penetrate the local market and continually conduct successful operations in the United States. We have also adjusted the legal status of the executives and professionals who work for these companies, succeeding in providing an opportunity for them and their relatives to study and/or work in the country.

Our corporative clients come from diverse industries such as finance, telecommunications, social media, food, education, manufacture in general, entertainment, among others. Altogether, they represent most of the countries in South America, Central America, the Caribbean, and most important countries in Europe.

With the support of Arias Tovar & Associates, P.A. many of our clients have grown within our community, expanding their operations and opening new markets.

These positive results allow us to be part of their development and witness their valuable contribution to the United States. Moreover, our long-standing relationship with our clients allow us to effectively and efficiently help them with their citizenship process; this in return provides a strong foundation in assisting our clients with their family related matters and petitioning for their relatives abroad who have now made the United States their home as well.

The growth and reputation of Arias Tovar & Associates, P.A. relies on our clients’ referrals and we are committed to honor their trust and confidence, as well as celebrate each of their achievements. 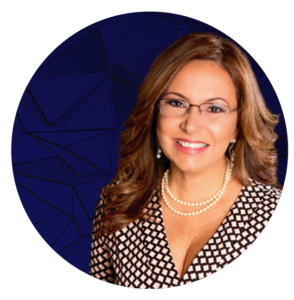 Mrs. Arias Tovar graduated from Universidad Católica Andres Bello in Caracas, Venezuela. She later obtained her Master’s in law from Tulane University, in New Orleans, Louisiana. She is licensed to practice immigration law in all 50 States and is an active member of the Louisiana and New York States Bar Associations, of the American Bar Association, of the
American Immigration Lawyers Association (AILA) and of the Unlawful Practice of Law Committee.

Mrs. Arias Tovar has worked for international law firms such as Baker & Mc. Kenzie in Venezuela, Chaffe McCall in New Orleans, and Fox Horan & Camerini in New York. She has more than 30 years of experience advising international clients. During the last 20 years, she has concentrated on immigration law, guiding U.S. corporations and foreign individuals through their relocation process.

She has written articles on immigration procedures and has lectured on immigration matters. She has also served as legal counsel for non-for-profit organizations and continually offers support to the community through television programs, social media and workshops at major Universities. 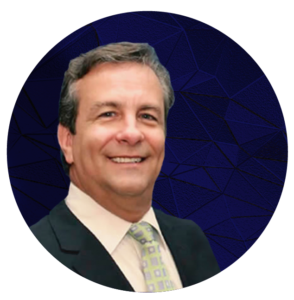 Mr. Tovar del Corral obtained earned his Juris Doctor degree from the prestigious Universidad Católica Andres Bello located in Caracas, Venezuela. The Tulane University of New Orleans, granted his Master of Laws in International Law, Trade and Finance. He is the acting General Manager at Arias Tovar & Associates, P.A., with over 35 years of experience in the field of law assisting and guiding clients to successfully open thousands of enterprises and corporations in the United States, has obtained the recognition and appreciation of happy customers.

Mr. Tovar del Corral is a multi-task entrepreneur presently acting as Chairman of the Board and Executive Vice President for “Demos of the Americas, Inc.”, a not-for-profit organization and think-tank dedicated to promoting democracy in the Americas, as well as Chief Editor of www.demosnoticia.com, a daily news portal focused on democratic values around the hemisphere. He co-founded NIDD, National Institute for Democracy and Development, not-for- profit organization, and acts as Chairman of the Board of the Benjamin Franklin School of Government.

For seven years he performed on the Board of Directors of Venezuelan-American Chamber of Commerce of the United States, presiding in 2005, for two consecutive years. As business consultant, he previously dedicated to advise small and medium-size companies for the “Small Business Administration” and instructor of “SCORE” Body of Retired Executives of SBA. He is proficient in English, Spanish, Italian and has knowledge of Portuguese.